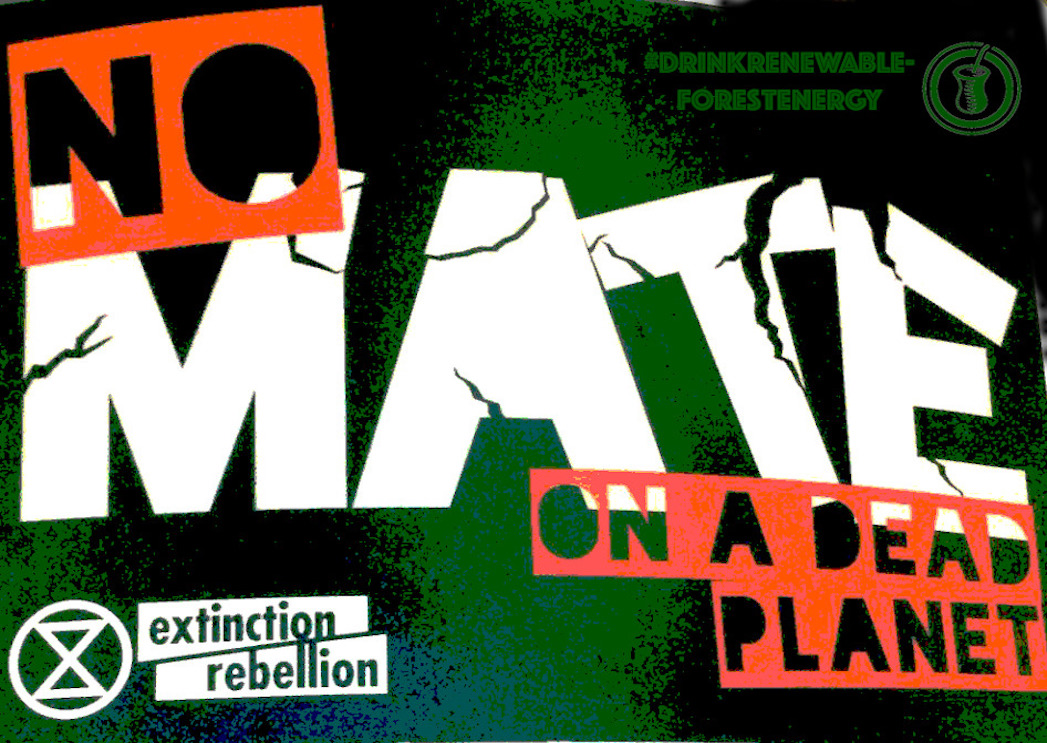 Sometimes it falls upon a generation to be great. History is calling from the future, a hundred years from now. Calling the conscience of humanity to act with the fierce urgency of now. This is the time.

The third world war — of profit versus life — is already underway. Humanity itself is on the brink of the abyss: our potential extinction. We face a breakdown of all life, the tragedy of tragedies: the unhallowed horror.

Time is broken and buckled, and seasons are out of step so even the plants are confused. Ancient wisdoms are being betrayed: to every thing there was a season, a time to be born and a time to be a child, protected and cared for, but the young are facing a world of chaos and harrowing cruelty. In the delicate web of life, everything depends on everything else: we are nature and it is us, and the extinction of the living world is our suicide.

Something in the human spirit, too, is threatened with extinction. Many feel exhausted, ignored, lonely and anxious. Humiliated by poverty and inequality, crushed by debt, powerless, controlled and trapped, many feel defrauded of what should rightly be theirs. Societies are polarised, people estranged from each other and sundered from the living world.

Only when it is dark enough can you see the stars, and they are lining up now to write rebellion across the skies. There is no choice.

This is a rebellion for the young people and for the ancestors.

The world’s resources are being seized faster than the natural world can replenish them. Children can do the maths on this, and know they are being sent the bill.

Worldwide, the heaviest emissions have been produced by the richest nations, while the heaviest consequences are being felt by the poorest. Reparation is needed. So is recognition: that Europe stole its wealth through its imperialism, colonialism and slavery.

Indigenous cultures have suffered the devastation of their lands, the extinction of their languages, knowledge and wisdom. And in their rebellions they have long evoked an Earth manifesto, saying we are the land: as earth-guardians, we are nature defending itself; land is alive, unfathomably deep, and there is intelligence within nature, thinking, spirited and alive.

Extinction Rebellion is a rebellion against the heartless, loveless and lifeless delusion of seeing Earth as dead matter; against patriarchy’s domination and control of women and the Earth, against the militarism that destroys living lands, wages war for oil and kills those who protect the green world.

This rebellion uses the finest weapons: peace, truth and love. It is strictly non-violent as an active stance — Ahimsa — preventing violence. For this, it is willing to take disruptive, loving and effective direct action, thinking big. Take the planet off the stock market. Make ecocide law. Rebel with cause. Rebel with creativity. Rebel with compassion. Rebel together because together we are irresistible.

With serious, clear-eyed urgency, we have to mobilise now for deep adaptation for what is inevitable. Humans are by nature cooperative, and times of crisis can be times when life is lived transcendently, for a purpose beyond the self. No individual alone is fully human, as the African concept Ubuntu shows: our humanity results from being in connection with each other. Believing that there is no Them and Us, only all of us together,

This is life in rebellion for life.