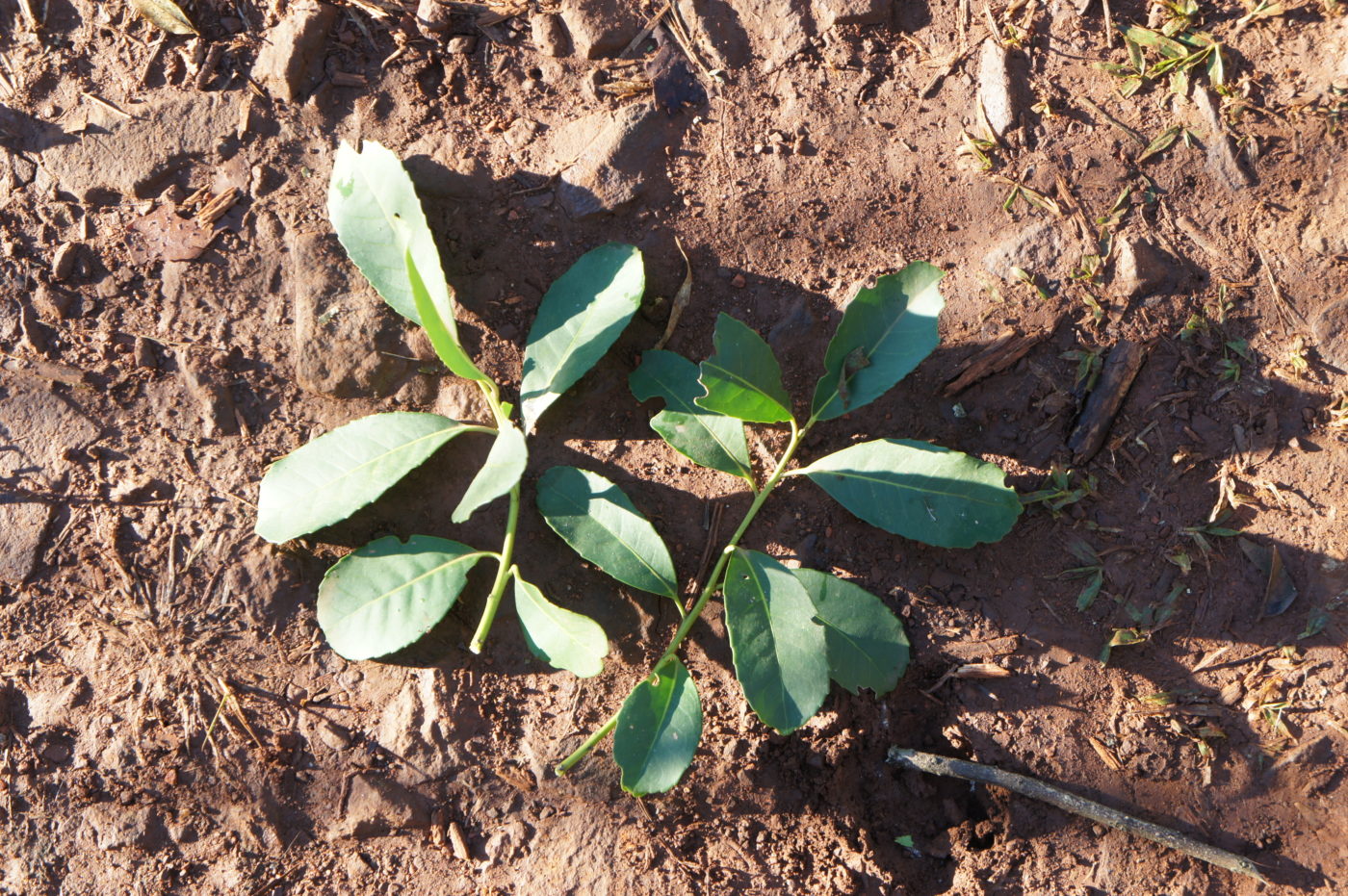 It is true that every harvest that we do is unique with it’s fresh flavors and wild energies and. Meta Mate’s July 2019 Moonshine Harvest is certainly no exception.

The moon was shining brightly in the forest as Tiago and Ticiano Gehm together with a couple of helpers (including Fabricio) moved amongst the trees on the Family Gehm’s property. There had been a partial eclipse spanning a few hours the night before, the temperatures had already hit zero a week ago, we could not have had more perfect conditions for this harvest. In order to ensure that this would be a memorable mate, we selected the same piece of forest where three years ago the legendary leaves from the Dream Harvest were collected.

The only sound to be heard in the stillness of the night in the forest was that of the knives slicing the tender branches of the mate trees, the leaves illuminated by the moonlight. As Tiago, Ticiano and Tiaginho wove through the trees, climbing up with knive in hand, Fabricio dragged the cut branches towards the dirtroad so that could be later loaded onto the truck.

As the first sun rays pierced through the horizon, the last branches were carried out of the forest.

It was time to separte the leaves from the branches (with knife or hand) and load them onto the truck.

An hour and a half later the truck was loaded with about 750 kg of green leaves which were driven a few meters away to the pass through the flames and undergo the sapeco.

The crackling of the leaves intermingled with the rythmic rotation of the wheel as sparks as leaves exploded in this intermediatry Sapeco process of Opening the Eyes.

The first batch of leaves were then layered onto the racks of the barbaqua to dry (with heat travelling through the hole at the bottom of the barbacua (this connected to a fireplace some meters outside the wooden structure.

While the collection was an average of 3 hours, the separating the leaves from the branches another 2 hours, the sapeco one hour, the mate leaves spent about 40 hours in the Barbacua drying.

Two days after harvesting the Barbaqua was opened up and the leaves were sent to ‚canchear‘ (a coarse cutting). In former times this was done manually, however during the legalisatoin process of the barbaqua, Tiago Gehm had to create a ‚hack‘ to please the local authorities and consructed a machine where the leaves could travel directly from the barbacua to the milling facilities and be coarsely cut on the way.

Traditionally after this the Mate is put in the Soque (a mill) where over the course of 6 hours the wooden pillars pound down upon the mate leaves to create a fine powder out of this. Normally about 120kg can be milled at a time. However, in the case of this July harvest the leaves were just cut one more time and then vaccum packed for our leafy cut fans.

This mate arrived in Berlin in October 2019 and we look forward to the lucid light that it will spread amongst our materos.